Overall, consuming dark chocolate has many researched benefits. These benefits range from being heart healthy to helping hydrate our skin. 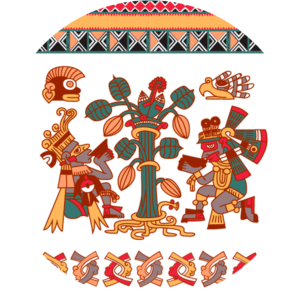 Chocolate has been consumed for at least 2000 years and possibly more. The first evidence of cacao being used was in the Olmec, one of the earliest civilizations in Latin America. They were used ceremoniously and medicinally as a bitter drink.

Centuries later, the Mayan people revered cacao as the food of the gods. It was given a prominent place among elites and royalty. Still being ingested as a drink, the Mayans added chillies,  water and cornmeal to the preparation.

By the 15th Century, Aztecs were consuming cacao as a drink to enhance preparations for war. They also used cacao as an aphrodisiac and even as currency.

Cacao found its way to Europe sometime in the 16th Century, originally enjoyed by royalty and aristocrats. Spanish chocolate added honey and some sugar to the bitter drink, making it palatable for Europeans. It quickly spread to the rest of Europe via trade. In the 19th Century, chocolate was modernized with the chocolate press. The ability to press cacao pods to extract cacao butter and powder was revolutionary. This allowed the cacao to be combined with liquids and set into molds for cooling. 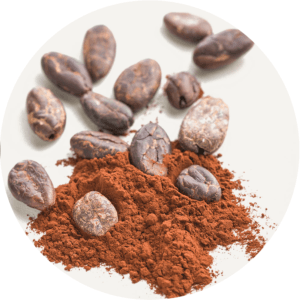 2. Dark chocolate is loaded with organic compounds that are biologically active and function as antioxidants. These include polyphenols, flavanols and catechins, among others. One study showed that cocoa and dark chocolate had more antioxidant activity, polyphenols, and flavonols than any other fruits tested, which included blueberries and acai berries. Source

3. The bioactive compounds in cocoa may improve blood flow in the arteries and cause a small but statistically significant decrease in blood pressure. The flavanols in dark chocolate stimulate the endothelium (lining of arteries) to produce Nitric Oxide. Nitric Oxide sends signals to the lining to relax, improving blood flow. Source

4. Consuming dark chocolate can improve several important risk factors for heart disease. It does this by significantly decreasing the LDL (bad) cholesterol and increasing the HDL (good) cholesterol. Source

5. Flavanols in dark chocolate protect our skin from sun damage, improve blood flow to the skin and increase skin density and hydration. Source 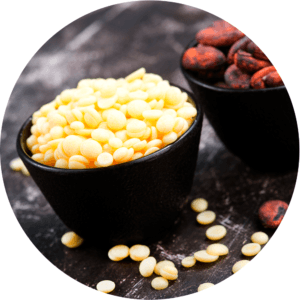 1. High in fatty acids- which makes it appealing for hydration of skin and to improve elasticity

2. Forms a protective barrier on skin to hold in moisture